Dr. Frevola, Dr. Sponza, Dr. McCormack, and Dr. Barrett are committed to providing excellence in veterinary care and stand out as leading veterinarians in Halesite. The doctors use the latest in veterinary techniques to provide your pets with exceptional care. Read more about our Halesite veterinarians below: 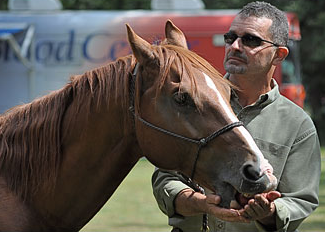 Dr. James Frevola opened Harborside Veterinary Hospital in 1985 and has cared for pets in the Long Island area for more than two decades. A native of Huntington, Dr. Frevola attended the University of New York at Oneonta and received his Bachelor's Degree in Biology in 1974. He continued his education at the University of Parma College of Veterinary Medicine in Italy and he was awarded his Doctorate of Veterinary Medicine in 1980. He also completed an internship at the Kansas State University School of Veterinary Medicine. His professional interests include internal medicine, orthopedic surgery, and ultrasound.
Dr. Frevola is committed to continuing education and has received numerous continuing education certificates, including AO-ASIF principles of small animal fracture management (basic and advanced), Imex external fixation and eye surgery. He frequently attends continuing education courses in ultrasound and radiology, as well as the Atlantic Coast Veterinary Conference each year.
He and his wife, Carol, have three children, Garrett, Courtney, and Rachael. The family's four-legged companions include Gus, a Shiloh Shepherd, Lupo, a Miniature Pinscher, two cats, Bear and Jasmine, and two-Quarter Horses, Frog and Red. When he is not caring for the pets at the hospital he enjoys competing with his horse, Red, in team penning, ranch sorting and mounted shooting. 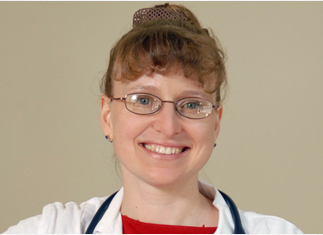 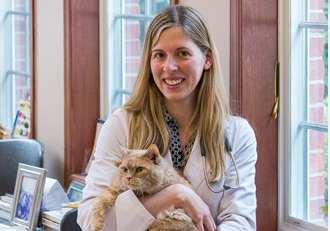 Dr. McCormack earned her B.S. from Drexel University in Philadelphia and her DVM from the Ohio State University in Columbus, Ohio. Dr. McCormack currently lives in Huntington, NY with her husband, Ryan, and their two children, Molly and Elliot. They have three cats Frank, Kiki, and Lula. In her free time, she enjoys exploring the city and its many cuisines, seeing live music and traveling. In the winter you can find her on a mountain snowboarding. 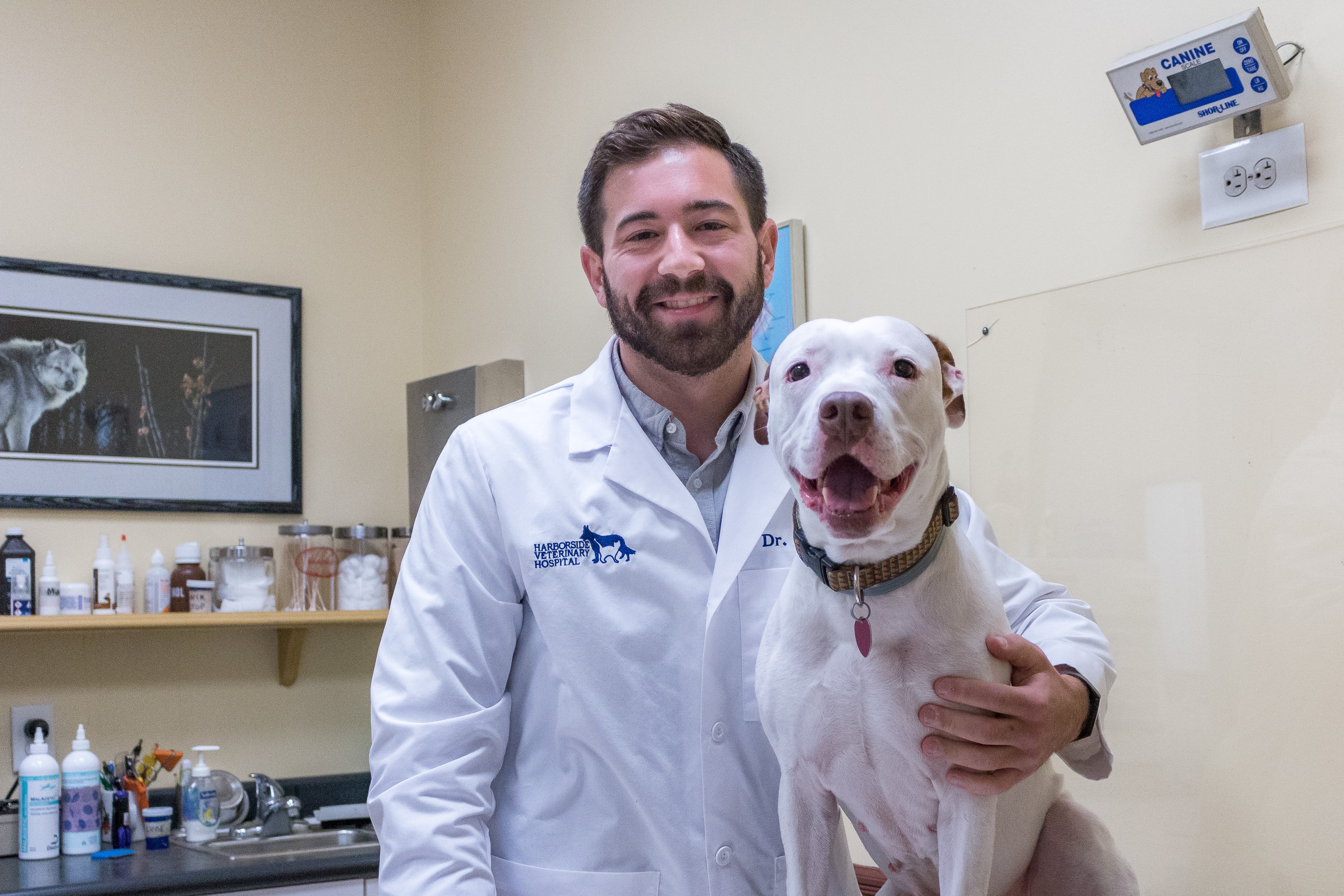 Dr. Barrett grew up in Massapequa. He attended Stony Brook University where he graduated with a degree in Marine Vertebrate Biology. He then moved on to Cornell University College of Veterinary Medicine and he graduated in 2015. After graduation Dr. Barrett practiced in Northern Virginia for 5 years until he decided he wanted to come back to Long Island to be closer to his family and friends.  In his spare time Dr Barrett enjoys hiking, fishing, cooking, playing and watching sports. He lives with his dog Cici and they like watching TV together.